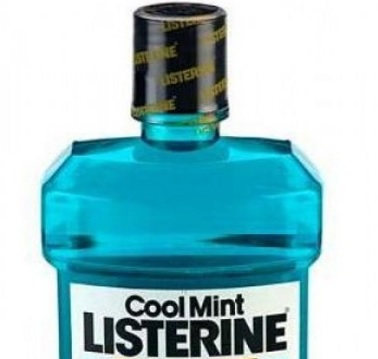 Gonorrhea along with Chlamydia is one of the leading STDs among young people.  Gonorrhea rates in the world have apparently increased especially among men who are not protecting themselves with condoms.  Both can be cured by taking the necessary medicine provided by your medical facility.  The symptoms varied so if you feel that you may have it because of recent sexual encounter please seek medical advice from a professional and get tested.
The reason I am speaking of gonorrhea because I was looking at mouthwash to purchase online and discovered one brand that had a statement on it that mentions it can cure gonorrhea.  How is this possible?

Upon further research I found an article by Web MD that speaks of this mouthwash.  The brand of mouthwash is Listerine which you probably have heard of.  If you didn’t know the company of Listerine has stated that it cures gonorrhea all the way back to the 1880s.  I’m shocked!

Researchers have looked at the efficiency to see if it does his job.  In recent laboratory test looking at particularly the 22% alcohol version of Listerine, has shown that it has reduced the levels of the bacterial of gonorrhea.  Another test compared individuals whom tested positive for gonorrhea in their mouths who used a salt solution versus the Listerine solution by gargling it for one minute.  What they discovered five minutes later after doing a culture test is that the gonorrhea in those who use Listerine found a gonorrhea culture of 52% versus 80% that used the salt solution.

So it seems there is a positive claim of Listerine reducing the culture bacteria but actually curing it might be a different story.  As stated by Web MD I larger study is on its way based on the preliminary findings that I just tension above.  In conclusion if you test positive for gonorrhea seek medical help immediately and get the proper medicine to treat it.